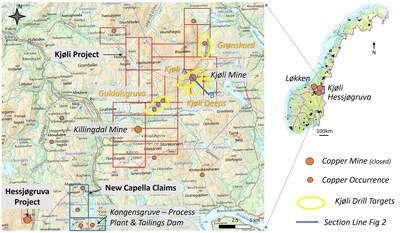 Figure 1. Location of the Kjøli Deeps and Kjøli Mine targets, in addition to section line for Figure 2.

Eric Roth, Capella's President and CEO, commented: "We are excited to be starting our 2023 exploration program in Norway with a scout drill program at the Kjøli project. Our main focus will be an initial test of the Kjøli Deeps target, which has never been drilled and where we have both geological and geophysical indicators of a buried VMS deposit. First assays from this scout drill program are currently anticipated to become available by early April.

In addition, Capella will work towards funding further drilling at the advanced-exploration stage Hessjøgruva VMS project and a maiden drill program at Åmot (Løkken) commencing late Q2, 2023. So we expect to see a lot of activity on our Norwegian portfolio over the coming 6 months. I look forward to keeping the market updated on progress at all of our Norwegian copper projects". The technical information in this news release relating to the Kjøli project has been prepared in accordance with Canadian regulatory requirements set out in NI 43-101, and approved by Eric Roth, the Company's President & CEO, a Director, and a Qualified Person under NI 43-101.  Mr. Roth holds a Ph.D. in Economic Geology from the University of Western Australia, is a Fellow of the Australian Institute of Mining and Metallurgy (AusIMM) and is a Fellow of the Society of Economic Geologists (SEG). Mr. Roth has 30 years of experience in international minerals exploration and mining project evaluation.

Capella is engaged in the acquisition, exploration, and development of quality mineral resource properties in favourable jurisdictions with a focus on European base and battery metals projects.

In Finland, the Company's focus is on the discovery of lithium and rare-earth element deposits at both its Perho reservation and a recently acquired, 100%-owned portfolio of reservations located in Central Finland. In addition, the Company is currently permitting exploring the Katajavaara-Aakenus gold-copper project in the Central Lapland Greenstone Belt together with JV partner Cullen Resources Ltd (ASX: CUL). 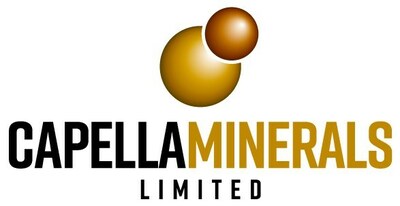